“Because I have autism…here’s how my brain works:

If you say the word ‘love’ to me, I’ll surf the Internet inside my brain.

Then, a series of images pops into my head. What I’ll see is a picture of a mother horse with a foal; or think of ‘Herbie, the Love Bug’; scenes from the Movie The Love Story; or the Beatles song ‘Love, love, love, all you need is love…’ …

Some people might think if I could snap my fingers I’d choose to be ‘normal.’ But, I wouldn’t want to give up my ability to see in beautiful, precise pictures. I believe in them.”

~ taken from an essay: ‘Seeing in Beautiful, Precise Pictures’ by Temple Grandin, part of the collection:  This I Believe: The Personal Philosophies of Remarkable Men and Women .

Life has meaning only if one barters it

for something other than itself.
Antoine de Saint-Exupery

I could blame it on my continued disregard for Judge Richard Cebull and his racism.

I could blame it on my puppy for dropping a load in my office.

And believe me, considering I really have little reason to be feeling or acting sour, it’s tempting to blame it all on anything but my state of mind or lack of motivation. I have a very, very good life and the blessings that this life includes should be all of the fuel I need for a wonderful day. Some days it takes more effort to see them than others.

To that end, I googled the word “meaning” and found these interesting quotes: 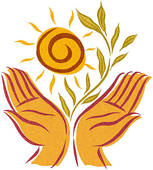 Friendship… is not something you learn in school. But if you haven’t learned the meaning of friendship, you really haven’t learned anything.
Muhammad Ali
Words mean more than what is set down on paper. It takes the human voice to infuse them with deeper meaning.
Maya Angelou

The reserve of modern assertions is sometimes pushed to extremes, in which the fear of being contradicted leads the writer to strip himself of almost all sense and meaning.
Winston Churchill

To live is to suffer, to survive is to find some meaning in the suffering.
Friedrich Nietzsche

Without continual growth and progress, such words as improvement, achievement, and success have no meaning.
Benjamin Franklin

You will never be happy if you continue to search for what happiness consists of. You will never live if you are looking for the meaning of life.
Albert Camus 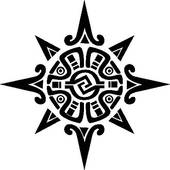 Reason is the natural order of truth; but imagination is the organ of meaning.
C. S. Lewis

Beliefs have the power to create and the power to destroy. Human beings have the awesome ability to take any experience of their lives and create a meaning that disempowers them or one that can literally save their lives.
Tony Robbins
You see, it’s never the environment; it’s never the events of our lives, but the meaning we attach to the events – how we interpret them – that shapes who we are today and who we’ll become tomorrow.
Tony Robbins

I am quite serious when I say that I do not believe there are, on the whole earth besides, so many intensified bores as in these United States. No man can form an adequate idea of the real meaning of the word, without coming here.
Warren Buffett

Transcendent faith only works when we willingly suspend our disbelief.

That is why God invented a lot of things, but I’m on a Maurice Sendak roll, so today I am celebrating charcoal pencils, watercolors and the printed book industry.

The suspension of disbelief is a theater term. According to my father, who is King of all that is Drama,  entertainment should be the obvious goal of a show. Not all directors or actors agree with him, but they should. He is King.

A good show suspends our disbelief that, whatever. That our bills will get paid, our kids will ever grow up, that our nation will thrive despite ourselves. If a show is done right, even the intermission is a buzz of non-rememberance that the snow piling up outside the box office door is anything but that: just snow. But inside, a real or fanatical story is put to stage by real people, and hopefully, the audience is engaged in most anything but their worries and doubts. For a few minutes anyway. It is a few hours of possibility.

Maybe an interesting lesson is taught in the meantime, or a cool story is told – but for me, the gift of that time in the dark for the audience is that we are forcefully faithful. Why else pay the ticket price if you aren’t going to try to believe in something? For a while anyway.

Okay, I guess this post actually is about theater, and that’s okay. Maybe some other day I will draw out (pun intended) why I put the work of Sendak in my same personal category file of favorites which includes Samuel Beckett, Alvin Ailey and Juliet Child.

Instead I’m going to hunt up a photo of my second favorite actor, who I can only guess agrees with my sermon of the day. Here he is suspending your disbelief, if you care to have it gone for a short time:

Whoopsie. I can’t find my photos of Bud Thorpe, my father’s student who went on to study and act with Samuel Beckett. The Count works just as well I hope.

And here is a quote to keep it real:

“The tears of the world are a constant quantity. For each one who begins to weep somewhere else another stops. The same is true of the laugh. Let us not then speak ill of our generation, it is not any unhappier than its predecessors. Let us not speak well of it either. Let us not speak of it at all. It is true the population has increased.”
– Samuel Beckett, Waiting for Godot